(SHORTER VERSION OF THE CURATORIAL NOTE) The works collected here take a slightly different tack. By no means comprehensive, they present ruptures in populist  (and online) discourse which have legitimized images, policies, and utterances that rendered segments of the  population as subhuman. In a reversal of those traditionally determined as ‘social enemies’,19 here it is State agents,  with Duterte at the helm, that are rendered criminally monstrous. Highly political, these digital and editorial  illustrations attempt to wrest meaning away from the sway of influencers, supporters, and trolls; and do so in the very  same platforms in which these groups have dominated. The presentation of the works is an attempt to make legible  and coherent a bloody war that has mostly unfolded in disparate corners, houses, and roads, and within the vicinities  of urban poor communities, with an almost daily regularity. But the commensurate burden of transgression is shifted  away from the victims. Instead, focus turns toward a far different set of personalities as visible targets, in the hopes  that in doing so, condemnation and indignation can be further sharpened and channeled. 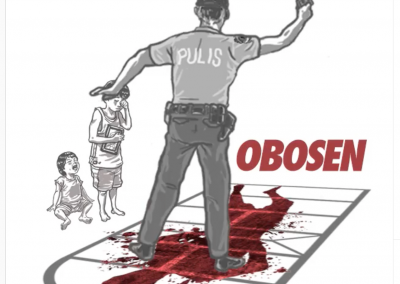 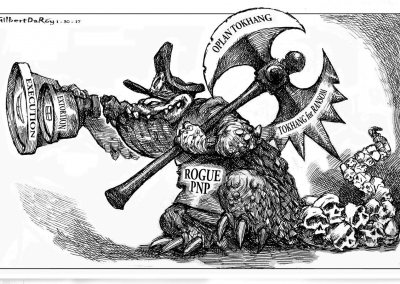 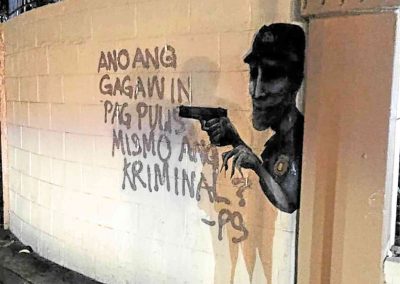 In the early years of the Duterte presidency, photographic images of the drug war often showed the outcome of  drug operations. The sequence of events that led to the outcome were understandably left in the dark, allowing for  the explanation of the suspect as “nanlaban” to be entrenched. These pre-pandemic works explicitly point to the  perpetrators and their motivations, while also foregrounding the catalyst that emboldened State agents. 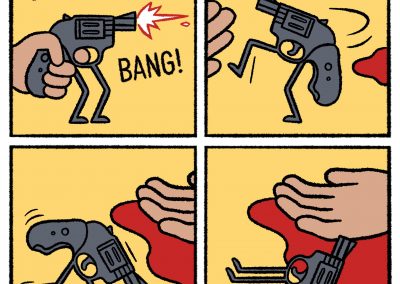 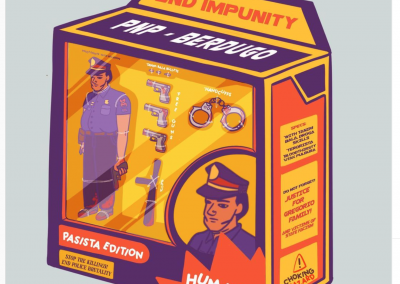 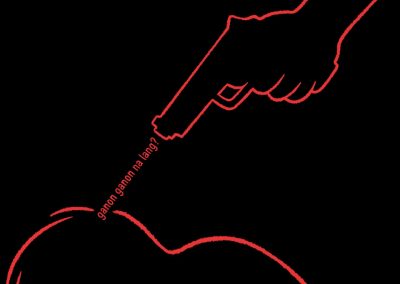 Captured videos of police killings have drawn the ire of a restless public that were already grappling with the  economic effects of a pandemic. In as much as recent patterns of abuse and corruption are understood from the  template of Oplan Tokhang, they may also open an avenue for the reassessment of the Drug War. The recent push  for the acquisition and use of body cams in police operations is illustrative of the ways in which their actions, and  the Drug War itself, are construed in the realm of the visual. 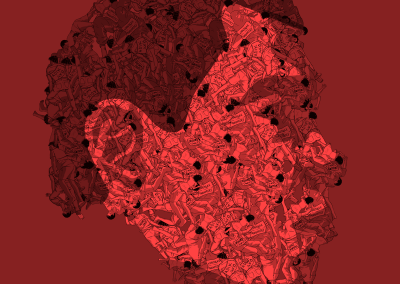 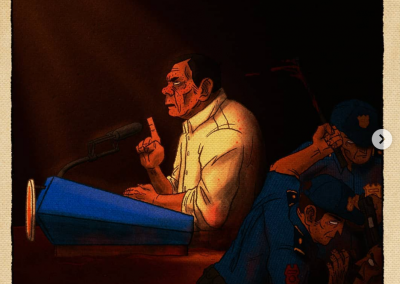 It seems that all roads lead to Malacanang. Throughout his presidency, Duterte has had no qualms in proclaiming  his desire to rid the country of suspected drug pushers and users through mass killings. In these set of images,  Duterte is rendered as perpetrator, enabler, and figurehead. 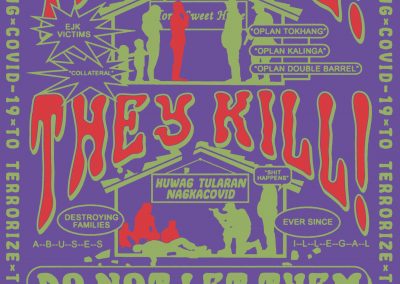 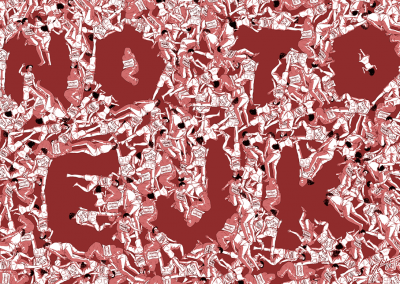 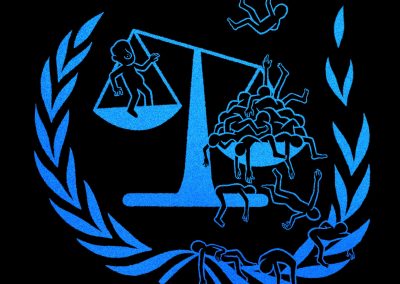 At a time when endless new emergencies distract from older issues, and in online spaces where it is far too easy to  shuttle to the next viral topic, the importance of cohering events into a narrative acquires importance. In surfacing  larger issues and establishing links, artists attempt to channel and make sense of collective anger, fear, but also, of  hope. In the last image, a yearning for justice is evoked.